During 8 month 12 ETH students developed a 4-seated airplane with modular battery system as a so called fokus project. The first fokus project started in september 2020 and was called project alpha. Since summer 2021 the new project H2 is ongoing.

Developement of an efficient powertrain

Developement of a modular battery system 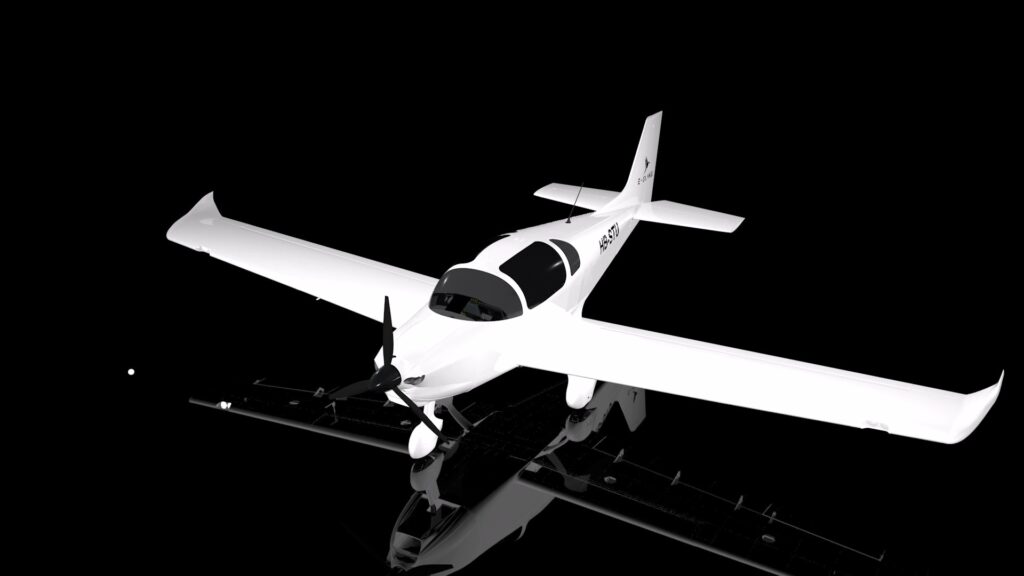 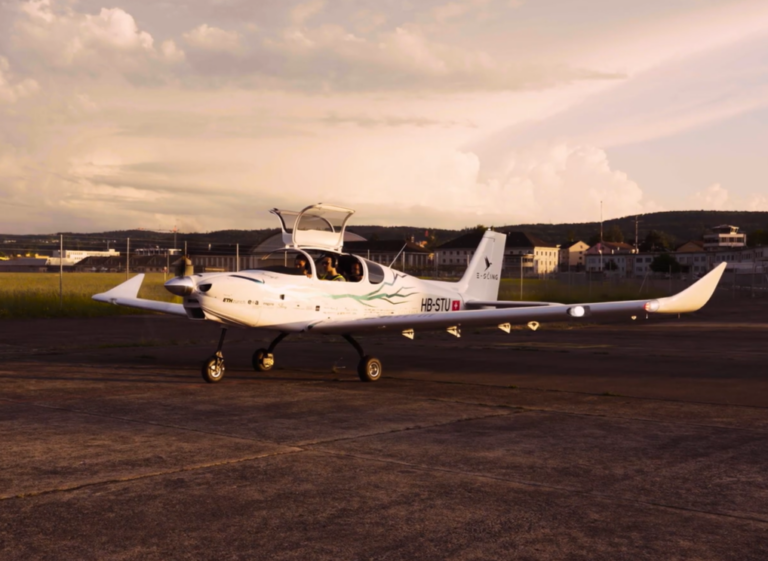 The installation was successful and the final tests will now be carried out in the aircraft. A performance profile for the maiden flight has been defined, which is considered the reference for the tests. In addition, we were able to drive a small lap on the Innovation Park!

March 2021
Integration into the aircraft 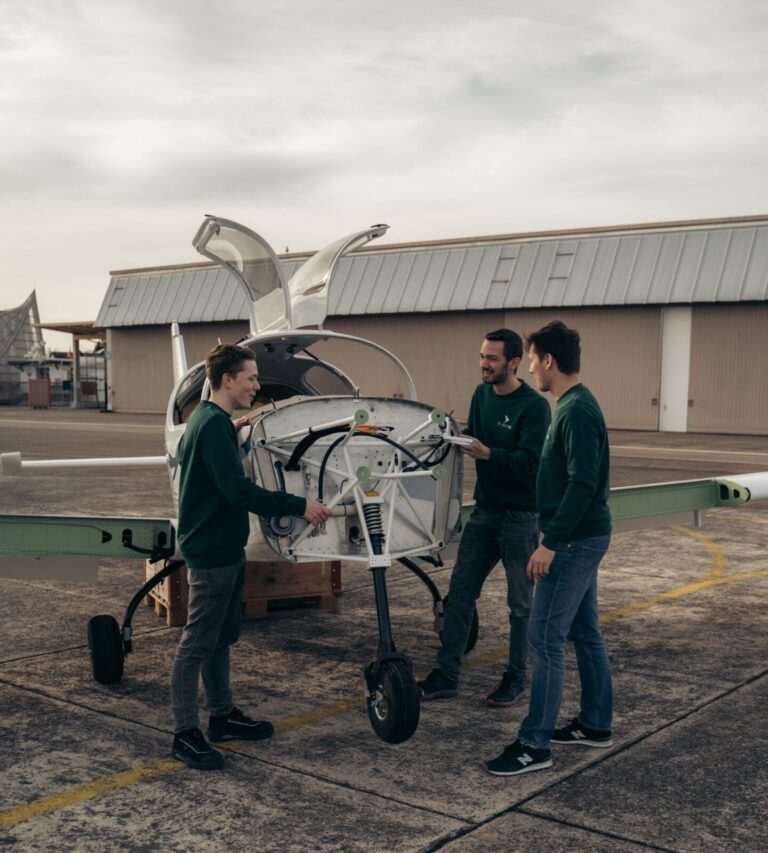 After validating some new components such as the DC-DC converter and software updates, the team is ready to reintegrate the electric powertrain back into the aircraft. 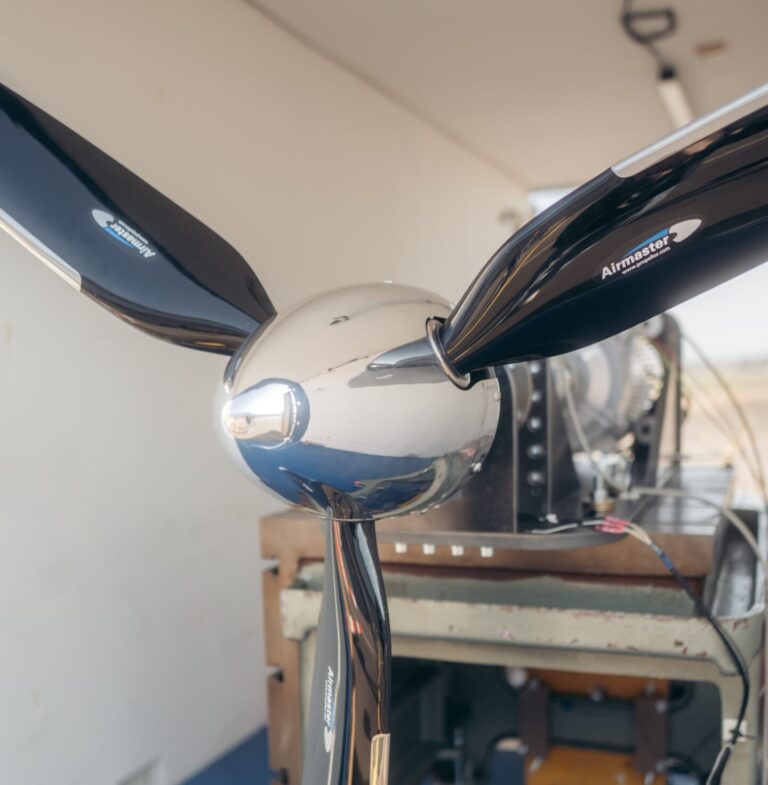 The overall system has been successfully tested. The aim was to improve the electromagnetic compatibility between components and to achieve tests with a power of 100kW.

September 2021
Continuation of the focus project 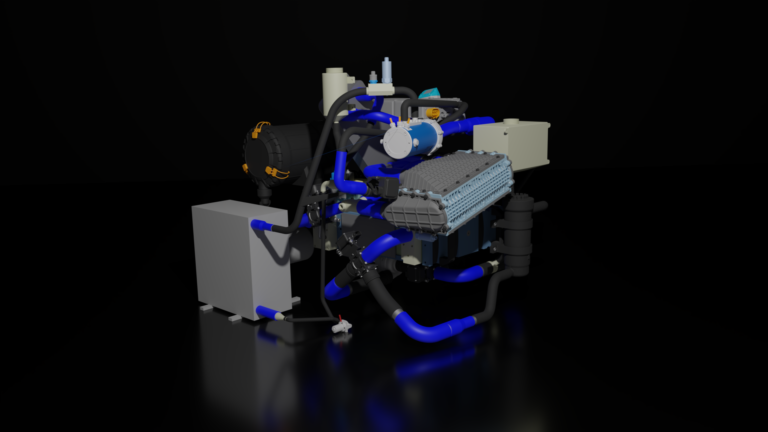 In the continuation of the focus project 2021, ETH students are completing the e-Sling Project Alpha and at the same time working on expanding the battery pack with a hydrogen-oxygen fuel cell in the so-called Project H2.

For 8 months, 12 ETH mechanical and electrical engineering students implemented the ETH e-Sling focus project. This happened in cooperation with project partners, sponsors and other supporters. 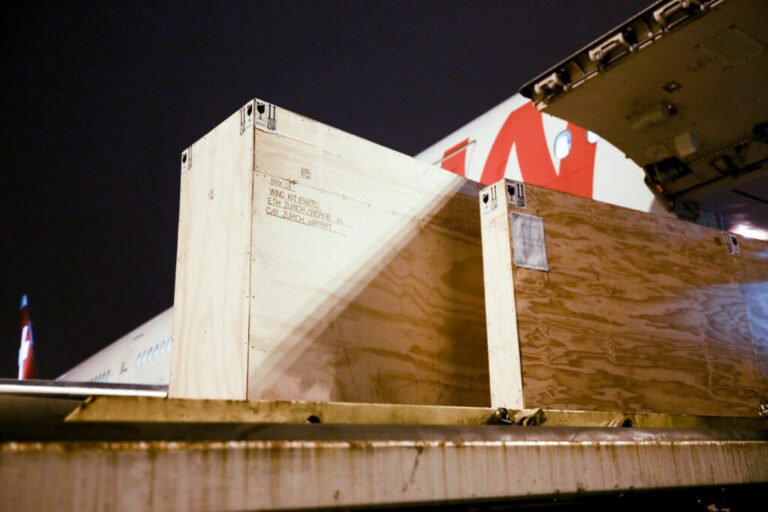 The revised airframe was manufactured by Sling Aircraft and delivered to ETH in Switzerland via air transport. At the same time, the e-Sling team acquired project partners and sponsors and carried out further organizational project preparations. 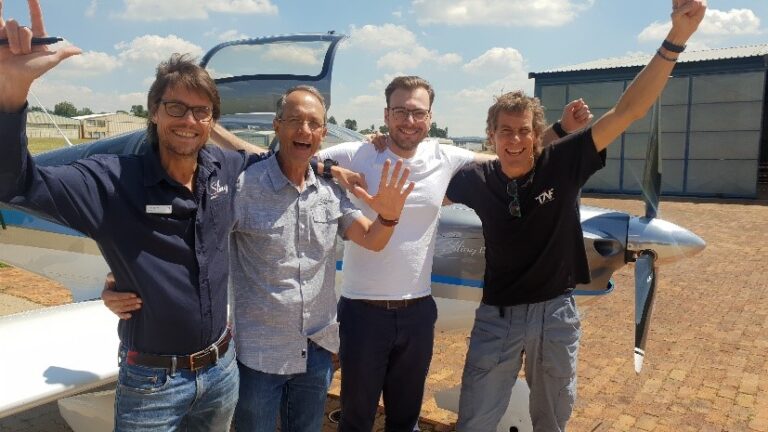 As part of the preparation, the 4-seater Sling TSi from Sling Aircraft was classified as particularly suitable. Due to the efficiency, the wingspan of the Sling TSi has been extended from 9.5 m to 10.5 m. For this, Alexander Weiser traveled to South Africa and developed the modified aircraft structure on site at Sling Aircraft. At the same time, partners for possible cooperation were already being sought and further framework conditions were being created. 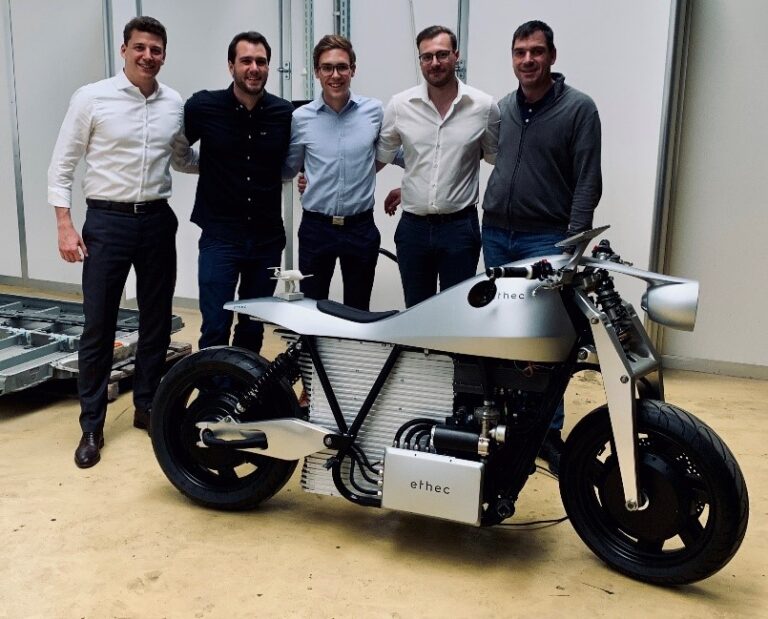 For 5 months, the two ETH mechanical engineering students Nicolai Solenthaler (3rd from right) and Alexander Weiser (2nd from right) scientifically researched electroaviatics in exchange with the German Aerospace Center (DLR) and other partners. As part of their bachelor's theses, they developed a concept for an electric aircraft with 6 seats, a new type of electric drive and a range of up to 600 km.